Kalin Kostov: studying at Telerik Academy is the best investment I’ve ever made

Kalin Kostov: studying at Telerik Academy is the best investment I’ve ever made 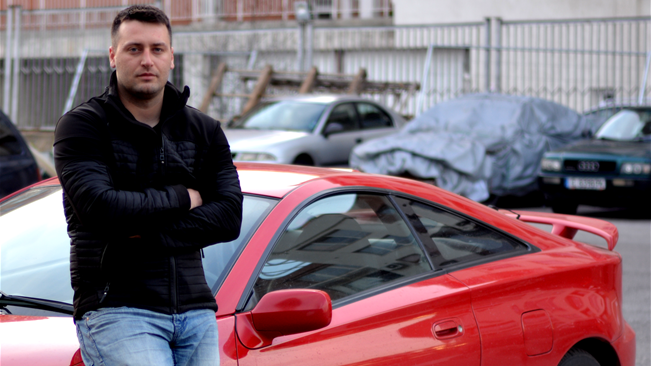 Kalin graduated from First English Language School in Sofia and then majored in “European Studies”. At the age of 28, he was already a founder and CEO of an esports startup but realized that the lack of coding skills and experience would greatly impede his future professional development. The way forward? Kalin joined Telerik Academy Alpha, training program for software engineers and just a day after successfully completing the program, he started working at Tick42.

Exceeding Expectations
Kalin began his journey at Telerik Academy because he wanted to build products and services that empower people’s work. He also wanted to acquire the knowledge and skills needed to put his tech ideas into practice. Kalin was familiar with the Academy, but once part of the program, it surpassed even his highest expectations.

“The time and efforts I put into Telerik Academy are one of my best investments so far. There is no other tech-ed organization in Bulgaria like the Academy. These are not only my words. I know a lot of expats who came back to Bulgaria and people who quit their jobs or put their university studies on hold to be able to fully dedicate themselves to the Academy.”

Universal Knowledge
Analytical thinking is a universal skill, independent of the ever-changing technology and programming languages. Therefore, it’s no surprise Kalin believes the most valuable skill he attained during the program is tackling problems like a developer.

"Telerik Academy helped me become much more than a user of a particular technology or language. Instead, I turned into a ninja developer, fully mastering key programming concepts.  This is extremely important because it makes you truly agile – you can quickly learn new technologies, fit into different teams and environments and solve any problem you face."

Rapid Career Start
Only a day after completing the program, Kalin wais hired as a junior software developer at Tick42, partner of Telerik Academy. He joined the team responsible for the company’s main product – Glue42. The fact that he had no prior experience as a software developer and was new in the team, didn’t stop him from rocking his first tasks. He built a JavaScript application that made writing and executing integration tests for Glue42 faster and easier for his teammates.

“The program grew rapidly – me and my colleagues had many new ideas how to further augment and improve it. Quickly the solution transformed into one of the company’s most powerful frameworks for test creation and execution.”

The Right Company
Kalin met Tick42’s co-founder and CTO, Stoyan Damov, while still studying at Telerik Academy.  One quick conversation with him was more than enough to convince Kalin this was the right place for him.

"By talking to management, you can really experience the company's culture. Another reason for me to choose Tick42 are my colleagues. They are amazing professionals and great people who constantly give their best at work because they truly care about what they do.”

Advice to the New Telerik Academy Students
Kalin recommends that everyone who is wondering if they should participate in the program to just do it.

"Telerik Academy opens the doors to a world of opportunities – the IT industry. While the journey may seem difficult at first, it certainly is doable and worth it.”
Alpha
10/04/2018
Share:
Previous story
Next story

George Mateev moved from his home town Pleven to Sofia in order to study “Computer Science” in Sofia University “St. Kliment Ohridski”. In his first year at the university, he joined Telerik Academy’s professional program for software engineers to combine theoretical knowledge with hands-on practice and landed his first job as a software developer even before graduating from the Academy.

To land a job a week after graduating from Telerik Academy

While studying “Computer Science” at university, Victor Metodiev decided to join Telerik Academy. His aim was to broaden and build on top of his programming skills and to kick-start a career as a software engineer. His efforts paid off soon. Only a week after graduating from Telerik Academy, Viktor started working as a full-stack developer in the Bulgarian software company Grafixoft.

Life at Telerik Academy Alpha: Tung Do and Deyan Atanasov

Tung, 24, has a degree in Finance and Accounting and work experience in data processing and accounting. Deyan is 32, proud father of two daughters and has wide experience in business process outsourcing. Both Tung and Deyan had no programming experience prior to joining Telerik Academy.