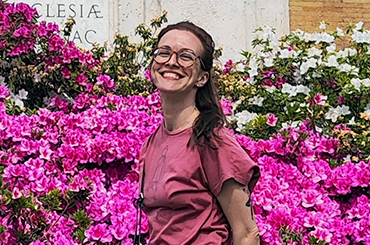 Creative writing and SEO: how one marketing expert found the balance

Emanuela is an experienced editor but there was a gap in her career she felt needed to be filled. So, she applied for Upskill Digital Marketing. What happened? Learn in her story. 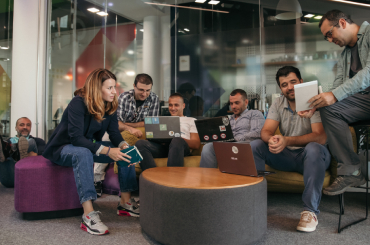 Meet Childish, a Telerik Academy partner and a foundation-owned company which combines the powers of Data Science and Software Development. 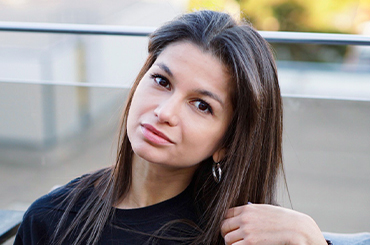 After spending 8 years working as a lawyer, Borislava Parvanova decided it was time for a career change. And she applied for Alpha C#. Learn what happens next in her story.

A career journey that ultimately brings you to your dream job

After graduating from the Technical University in Sofia with a major in Mechanical Engineering, Iliyan Gogov decided to pursue a different career path – diving into the business world and sales. Realizing his work was no longer a positive and challenging experience and driven by his passion for technology, Iliyan decided to make a change. He applied to Telerik Academy Alpha to become a sought-after software developer.

Going from Gamer to Software Developer

Alexander Georgiev is a passionate gamer who used to work in the gaming industry, coaching others and commenting on tournaments. At the age of 23 and with no previous programming experience, Alexander joined Telerik Academy Alpha in order to pursue a new career - this time in IT. Just a month after successfully completing the program, he joined Experian as a Junior Software Developer.

Valentin graduated from Coventry University with a degree in Sports Therapy, eager to make a positive impact. After starting his practice, he realized, however, this was not his true calling. So, Valentin decided to make a total career change, which brought him to Telerik Academy. He successfully completed the Alpha JavaScript program and shortly after that kickstarted his IT career at Tick42.

Becoming an in-demand software developer and jumpstarting a career

Aged 21 and studying at university, Krasimir Etov decided to join Telerik Academy Alpha .NET to attain the coding and soft skills companies demand and land his first job in IT. Less than a month after graduating from the program, he jumpstarted his career as a Junior Software Developer at Fourth – a leading provider of cloud-based forecasting and cost control software for the hospitality industry and a Telerik Academy partner.

Equipped with everything needed to kickstart a career in IT

Until 5 years ago, Svetla Ivanova’s educational and professional background had been entirely in the finance sector. After deciding to switch careers, she went from a finance expert to a software developer with the help of Telerik Academy. Shortly after graduating from our professional program for master junior talent, Svetla joined Bede Gaming and has been part of their software engineering team ever since.

More than 30% of all ICT specialists in Bulgaria are women, according to Eurostat. This is the story of two of them - Maria and Iskra. They changed their careers and joined the IT industry with the help of Telerik Academy. “For the last 10 years, there is a clear upward trend for more women joining and graduating our Academy,” shared our CEO Alexandra Mechkova for BTV.

The transformation of Telerik Academy

In 2017 Telerik Academy spun off from Telerik into an independent tech-ed organization and a true partner to all IT companies. As a result, the Academy went through changes. Learn more about how Telerik Academy helps people jumpstart their IT careers with a laser-sight focus on practical trainings, soft skills, and mentorship in this insightful interview with our CEO Alexandra Mechkova for Bloomberg TV.

The new future of the building in Mladost

After leaving Progress in the end of 2016, Telerik’s four founders – Boyko Iaramov, Vassil Terziev, Svetozar Georgiev and Hristo Kosev, spun off the tech-ed organization they created in 2009 – Telerik Academy – into an independent company. Their idea is to transform the project into a self-sustaining business, grooming talent for all companies in the IT ecosystem, as well as to continue to train children and high school students for free. These plans include the current building.

Vassil Terziev on the cover of Forbes Bulgaria

There is more behind the avalanche-kind of success than just a good business model and a few smart ideas. You feel this the moment you enter the company's headquarters in Sofia's "Mladost" suburb. "In spite of being in the lime light, for us everyone working for the organization is a hero,” says Terziev.